April 30th, my first foray into the world of triathlon - K-Swiss ITU Subic Bay International Triathlon, organized by TRAP (Triathlon Association of the Philippines).  I joined the Sprint Section for the Male Adult Category (Masters, aged 50 & up), sporting the blue & black colors of  PDA (Philippine Diabetic Athletes as a Type 2), sponsored by Multi-Sport Magazine & the Philippine Daily Inquirer. 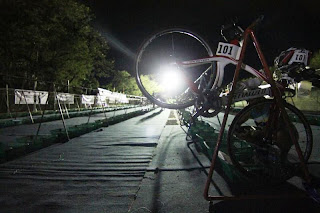 We drove to Subic the day before with Ryan, my on-board pro photographer/videographer, using a 23,000 km mileage Honda Civic lent to us by a cousin, as it is more gas efficient than my own rides.  We first did a "recon" of Dungaree beach where the swim part will happen, then surveyed the 10 km bike route to check for the nasty uphills on the way to Morong Gate.  The run part should be easy as it just goes around the major SBMA roads. After registering and getting the race packet, we headed for the Subic International Hotel to check in, had an early dinner, double-checked my gear, and turned in early for the night.

Come race morning, we started around 4 am to drop of my T2 gear, then drove to the Subic airport area for T1.  I set up the bike and we're ready for the race. 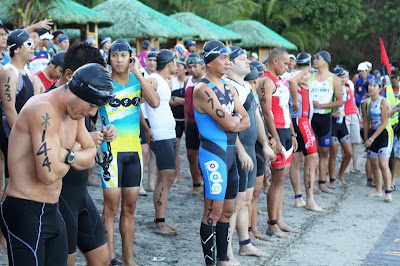 The swim part started well, got my share of kicks and thugs as I struggle with the rest of the pack in my category as we were swimming towards the turnaround buoy some 375 meters out to sea. keeping the buoy line in sight beside me.  As we grew closer to the turnaround, the buoy line disappeared down the water, as I noticed other swimmers were sitting on it while others grab on it, holding on to gasp for air.  I was concerned if I was still following the correct line, but confident that I still have the canoe marshal in sight at the turnaround.  I managed to get back at my usual swim pace, got through the turnaround and  comfortably swam the other half of the swim leg, with enough  reserve energy for the bike part. I had a pleasant surprise after exiting the sea water - there was a fresh water shower along the way to T1, just perfect to wash away the salty water from my face.  After wearing my bike helmet first, I cleaned my feet of sand, wore my bike shoes & sunglasses and off we go for the bike part.  This was generally uneventful other that the killer uphills towards Morong Gate (but not quite at that gate) for the turnaround, as the return trip towards SBMA proper was generally flat.  I made my first mistake as a newbie and missed T2, such that I had to bike an extra loop to get back to T2, properly dismount before it, and walking towards the bike racks.  After doing it right the second time around, got T2 done now with running shoes on, went on to finish the 5k run.  I did not really pressed on that hard on the run, knowing I can comfortably finish the whole race now.  I was just smiling while running, knowing I have just licked my first tri. 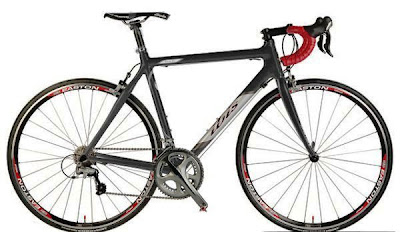